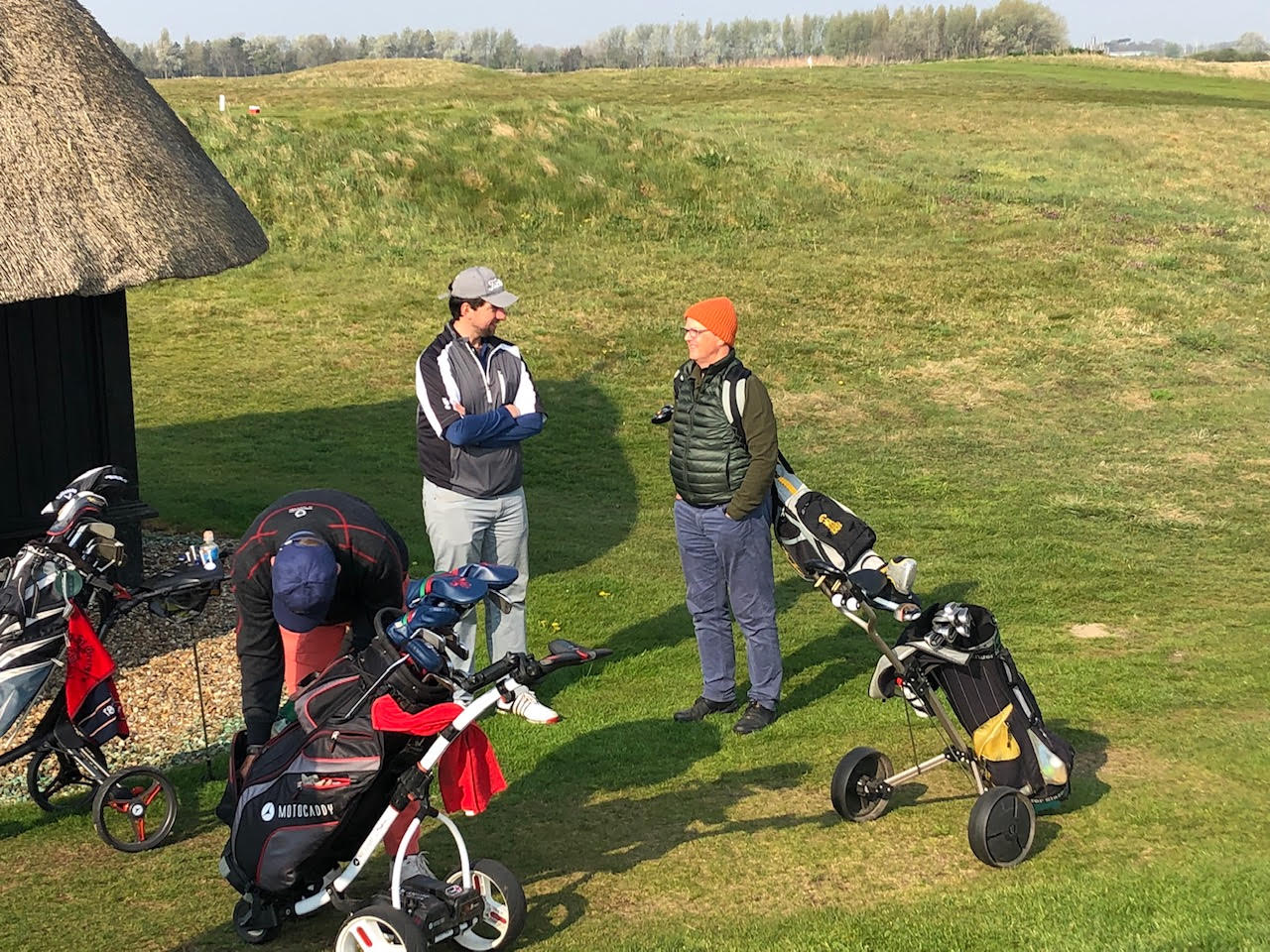 We are all indebted to Geoffrey Goddard who marshalled the participants, drew up accommodation lists and dealt with the inevitable, last-minute changes. Also, having so many members of Royal St George’s (RSG) meant that green fees were subsidised. Even the weather was moderately kind, dry, but with a persistent strong breeze. Your Captain thought it felt more like a hurricane though he did not lose as many balls as feared.

The great advantage of being able to field 40 participants, up from the low 20s in previous years, is that RSG give us clear use of the course without visitors, so we have caught up with Eton, White’s and the HAC. Turnout is enhanced by attracting younger OHs including 3 still at university and the 75% subsidy extends to all those under 30.

Despite Geoffrey’s best efforts, there were some difficulties with keys that did not work and one group could not get into their flat, so slept on the floor of a neighbour's, showing great Harrovian initiative. Having learned how to use a key, all was well on the second night.  This was a great improvement from 3 years ago when some youngsters slept in their cars for the same reason.

It was good to see the President, Jamie Warman, who, despite a knee operation, still attended to support and make the after-dinner speech; the jokes were not too subtle for the Harrovian audience. To demonstrate he was still ‘best in show’, he borrowed Geoffrey Goddard's 5 wood on 9th and put it within 6 feet from 200 yards.

The more simple task is to arrange the pairings for the first round, with cards laid out, in the Clubhouse, after breakfast. Much harder is scoring the first round and dealing with the resulting singles and foursomes taking the meeting into the second day.

All are indebted to George Hartley, promoted to 'Hon Scorer' for long service, without whose level-headedness under pressure, chaos would reign. It is thanks to him that the competitions all progressed and the cups were awarded. Prior winners of the cups, and their locations, had to be established, with thanks to Thomas Olesen for providing a listing. Most of the silverware, I am told, emerged from Geoffrey’s cellar and was very clean when it turned up.

This event is fantastic fun where you meet many new people, so, it is hoped, that its popularity will perpetuate as new generations participate.

Our thanks to RSG, their Officials and Staff, for putting on such an excellent dinner, providing breakfast and looking after us so well on, and off, the course.

Now for the winners: