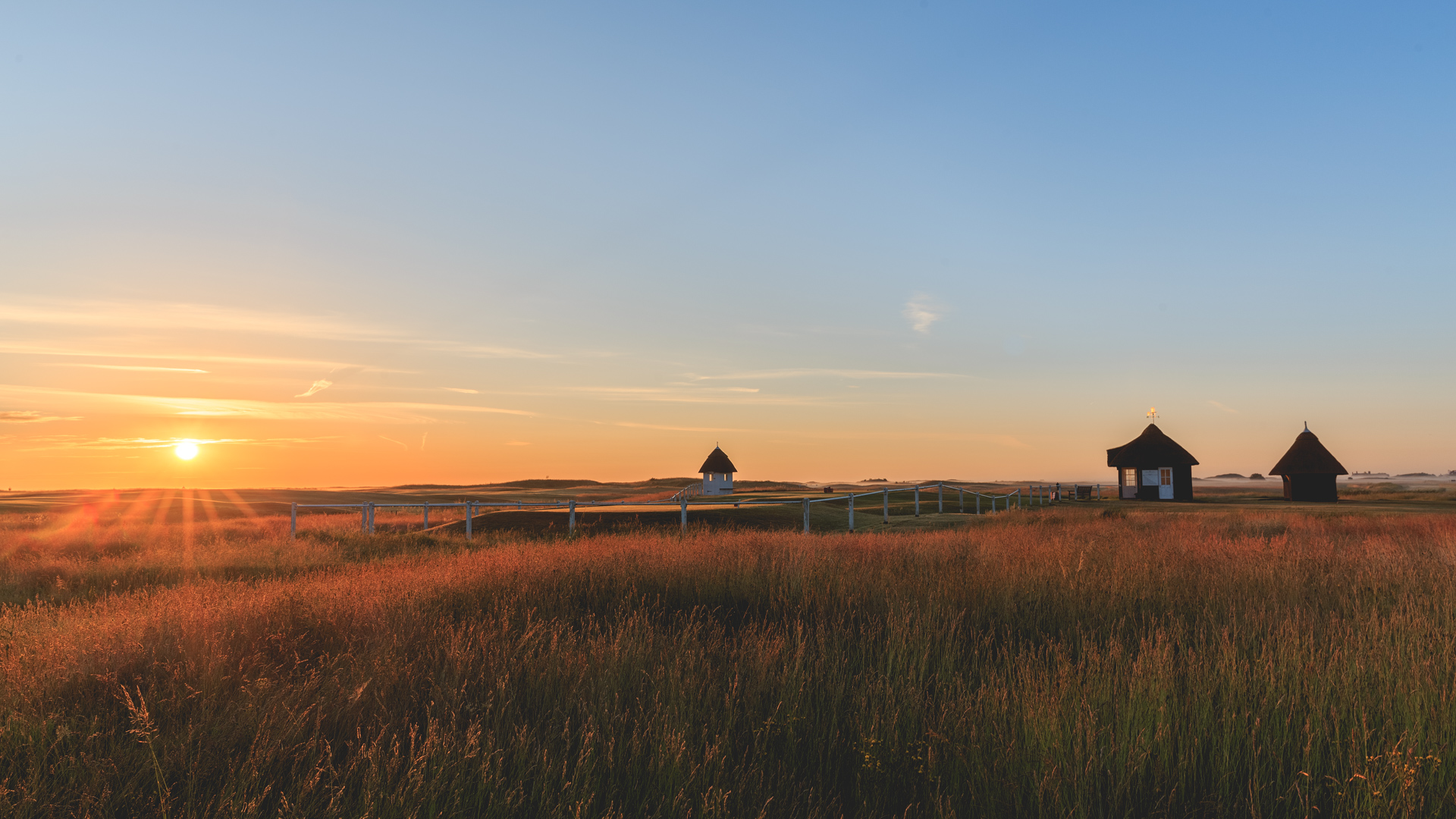 Old Harrovians gathered at Sandwich for a well-attended Spring meeting. As always, these meetings are a success because of the hard work of the main organiser, Geoffrey Goddard. George Hartley checked the scores and got us out onto the course in the right order. Many thanks to them both.

A number of OHs played Littlestone and Deal before the meeting so were well practised as Royal St George’s showed its teeth. After a sunny day on Friday, with a gentle breeze, everyone had to battle with 40 mph gusts on Saturday, difficult conditions but dry.

There is always some fallout but 40 golfers were ready for Friday and 32 attended the dinner and AGM in the Club House in the evening. AGM was ably run by the President, Jamie Warman, but once the second part was concluded in the bar, there was more interest in where the OHGS port, eight cases, was located rather than the accounts and balance sheet of which the port was part, as an asset (for now). To be continued, there is confidence that someone knows where it is stored.

It was good to see a number of younger members playing, remember, all those under 30 get a reduced green fee and accommodation. The more members we can get for this meeting, the better playing offer we can get from Royal St. George’s, please sign up next year.

Slipped into the proceedings was the election of a new captain, David Blackburn, and a vote of thanks to Stephen Bois, as retiring captain, for all the work he has done over the last three years.

A number of members commented than it was good to see Hugh Holland and Stephen Posford back for the meeting and Neil Scaife was unlucky as a combination of work, and being unwell, meant that he was unable to play. Neil had hosted a pre meeting at Deal.

The results are below, congratulations to all winners and there were some excellent scores in the windy conditions on Saturday.

The Coronation Cup: Ross Bryan - 36 points.  There were 4 others on 35 points: George Hartley, Al Hill, Matthew Gibbens and Olly Spry.

The Posford Cup: Olly Spry took it with a 74.  It must be noted that Matthew Gibbens missed out by one.

The Smouha Goblets were won by James Hedin and Sam Ponniah with a very strong 34 points.

The Presidents Salvers were won by James Mitchell and Jerome Wilcox with 34 points after a countback against John Wyn-Evans and Andrew Cox.  Amazing golf from both pairs in the winds.  It should also be noted that Andrew Cox was also the runner-up in the Smouha Goblets with his partner Olly Spry.

In the Blackwell-Carlisle - in the semis, Matthew Gibbens beat Stephen Posford 1 up, finishing one-under for the last 3 holes. Ross Bryan beat George Hartley 2&1 – George was 3 down after 4 holes but fought back. In the final, Matthew beat Ross on the 19th hole.

In the Trevor Matthews - in the semis, Al Hill beat Nick Dyer and George Pratt beat William North.  In the final, it was all square going down the 18th, and Al Hill prevailed.